As detailed in Microcontroller Tips, when you turn on your personal computer, what you see is some lines of text scrolling on the screen before the actual operating system logo shows up. This is the boot loading sequence where the hardware incrementally fetches the minimum software stack to prepare the processing system to execute higher level software. In other words the bootloader is the first piece of software executed when the processing system is powered up or reset and is actually in charge of deploying upper level software and branching to it, which includes the Operating System or Application Software.

As far as the embedded domain is concerned embedded boot loaders, usually part of a Board Support Package, serve the exact same purpose than for regular home computers, but however must prove compliance to additional specific requirements with respect to availability, reliability, safety and security, and are generally smaller in size and complexity sacrifying versatility for the sake of simplicity.

For the space domain, such constraints translate at software level into application of development processes following the ECSS standard, i.e. ECSS-Q-ST-80C and ECSS-Q-ST-40 standards. Interested readers more familiar with other domains applying ISO 26262, IEC 61508 or DO-178 can refer to Machrouh, Joseph et al. “A cross-domain comparison of software development assurance standards.” (2012) for some insights on those ECSS standards.

The NG-Ultra System on Chip (SoC) boot procedure is split into the following main layers:

One of the main principles followed in the BL1 specification and design has been to keep things simple and focus only on those functions that are deemed mandatory and common to any mission scope. BL1 is expected to be either reused as is to branch to a custom BL2 or Application Software, or customized and modified according to mission needs by the final customer.

The common functionalities of the BL1 mapped to the NG-ULTRA SoC encompasses:

following a custom protocol, describing a set of application software to be deployed to memory, as well as bitstream to be programmed in eFPGA matrix.

A detailed example of power up sequence from boot flash covering BL0 to BL2 stagesis detailed hereafter and illustrated in Figure 2.

A comprehensive datapack will be generated during this project, and will be composed of a consolidated version of mandatory documents paving the road toward ECSS level B qualification (SRS, SUITP/SUITR, SVTS, SValP/SValR and SUM). This deliverable will contain the BL1 source code as well as testing tool suite implementation, covering unitary, integration and validation source code exclusively using open source software tooling (gcc compiler, gcov for coverage, google test suite).

The overall time line of the development and the actors is given hereafter in Figure 3. 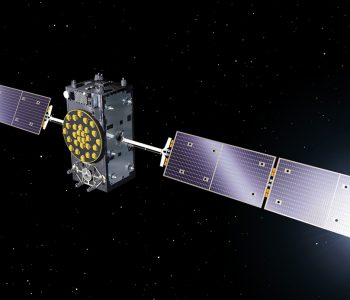 This site uses functional cookies and external scripts to improve your experience.

This site uses functional cookies and external scripts to improve your experience. To the left we specify which cookies and scripts are used and how they affect your visit. You can change your consent at any time. Your choices will not affect the navigation of the site. Further information can be found at Privacy Policy

NOTE: These settings will only apply to the browser and device you are currently using.

By allowing us to track your visit for statistical purposes, you will help us understand how to better structure and present the information on this site. We will not use this data for commercial purposes nor will we give it to third parties.